If Sugar was Taxed would we eat less of it? 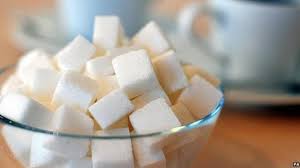 Like so many other industrialized countries across the globe, South Africa has an obesity problem. A big one (no pun intended.) Over the last three decades, the proportion of both men and women in South Africa considered to be in the ‘obese’ weight range has soared and we also now hold the very dubious honour of officially having been named the country that has the highest proportion of overweight and obese citizens in sub-Saharan Africa.

Even more shocking than that are the figures that back that statement up. According to government statistics the percentage of adult women who are considered overweight or obese in South Africa increased from 58.7% in 1980 to 69.3% last year, and for the gentlemen the figure increased from 36.1% to 38.8% over the same period.

Even scarier is the fact that more and more children and teenagers are classified as obese – the proportion of girls and young women under the age of 20 considered overweight or obese rose from 19.5% in 1980 to 26.3% last year, while for boys and young men that figure rose from 13.7% to 18.8%. This trend towards larger and larger children means that diseases once considered to be the province of middle age and beyond, such as Type 2 diabetes and heart disease, are striking earlier and earlier.

Is a Sugar Tax the Solution?

As previously touched upon, South Africa is far from alone and numbers like the ones above are repeated in countries around the world. Like those other countries South Africa is looking for a solution and in the minds of many, one thing that might be a big help in the battle against the national bulge is the implementation of a sugar tax on sugar sweetened soft drinks.

Before you dismiss the idea as unfair and or crazy, it should be noted that there is plenty to back the idea up. In the real world, a very similar idea was implemented in Mexico this past January and by just the end of February Coca-Cola was reporting a 5% drop in sales of their flagship sodas. Year-end totals are likely to show a much bigger drop.

There is also local evidence that a sugar tax would be very beneficial. Researchers from the University of the Witwatersrand took on the issue and in August released a study that concluded that a 20% tax on sugar sweetened beverages did indeed have the potential to effect a significant change.

Broken down into actual people, that would be 220,000 fewer obese South Africans, a good start by anyone’s standards, especially as many of the biggest soda drinkers of all are younger people.

The idea is under consideration by the government, and obviously, the soft drink companies do not like the idea at all, especially given the example in Mexico. Proponents argue that there are more benefits to be reaped from such a tax. Just like the taxes levied on cigarettes worldwide help offset the costs of treating those whose health is affected by their habit the ‘soda tax’ could be used to stem the rising cost burden of treating those with obesity related health problems.

Will a soda tax solve the obesity crisis in South Africa?

Of course not. There are far more factors involved than a nation that is far too fond of cans of fizz. However, it would be a great beginning.