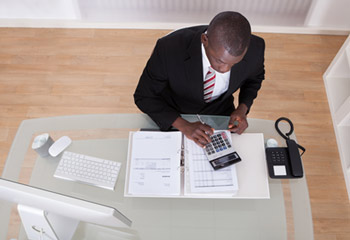 Starting a Retirement Plan at 50 is it too late?  As is the case for almost every other developed country in the world right now South Africa is facing something of a retirement crisis. The biggest problem is that the majority – not just a few but, researchers and financial analysts say a majority – of working South Africans aged 50 and over have saved far less than they should have done at this point in their lives. This means that the chances of them being able to retire comfortably in their mid-sixties as one would expect to do and still really enjoy their ‘golden years’ is getting slimmer all of the time.

How Did We Get Here?

There are many reasons why so many people are finding themselves in this situation. For many, as hard as they have worked for decades the rising cost of, well, pretty much everything, has left them feeling that saving was never really an option, they needed every last little bit of money made to cover their day to day living.

Others have developed bad spending habits that are all too easy to fall into. Too much credit card debt, too many loans that were, at the time, all rather easy to take out. Even those who did start a retirement fund of some kind early may have dipped into it to cover other, more pressing expenses.

Finally, these days people don’t stay in jobs as long as they used to, decreasing the chance that they’ll have any significant retirement benefits coming from their former employment, if such things were ever offered at all, which, increasingly has become the norm.

Playing Catch Up in the Retirement Game

So, all in all, it looks a bit grim for many people and the specter of working until they drop is starting to loom. Is there anything that can be done at this later stage of the ‘game’ that can make things better? Fortunately yes there is. Here are just some of the ways in which you can make up the shortfall before it’s too late.

Plan on Working a Little Longer – Over the last decade an increasing number of workers have postponed their planned retirement by at least three to five years. In fact, the percentage of working South Africans who plan and expect to work past 65 has more than tripled in that time.

Doing so may not be such a grim prospect for everyone though. On average today’s 65 year old is a lot healthier than their peers a generation ago and so the extra few years may not only give you extra time to save properly but maybe even the chance to branch out into something a little different now that climbing the career ladder is no longer an issue. 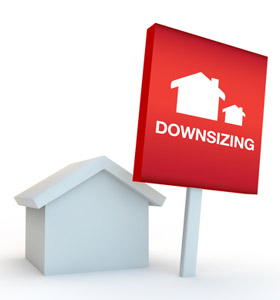 Rethink Your Housing Situation Now – Many people in their 50s are, if they are honest, still living in, and paying for, a home they don’t fit anymore. The kids are gone in many cases and although having a spare room or two for recreational purposes is nice it’s not something that they need. It may be an excellent time to look at downsizing, something that could free up cash that could then be put into savings for retirement.

Pay Off as Much Debt as You Can Now

Credit cards, store cards, car loans are all things that you should make a plan to pay off as soon as possible now, while you are still working. With these bills gone (meaning that the credit card spending should be cut by the way) maintaining a decent standard of living in retirement becomes an easier prospect.

General financial wisdom states that you’ll need about 80% of your current annual income to be able to afford to maintain a lifestyle similar to the one you are living now in retirement.  And saving just even just a little more each month can go a long way.

Here’s an example. If a 50 year old person determines that they will retire at 70, for as little as R200 rand a month they could, assuming they get at least a 7% return in interest, save R104 185 before they are thrown that retirement party. And although you don’t want to play too fast and loose with the money you will need to live on after you retire diversifying your portfolio a little now – some stock investments perhaps – can help make that ‘nest egg’ even larger.

The simple fact is though that the best weapon against struggling financially in your ‘golden years’ is to start planning for them early. Ideally, anyone over 25 should be saving 10-15% of their annual income for retirement. And if it’s too late for you to do that it’s certainly something to mention to your kids the next time they come over for Sunday lunch.

Starting a Retirement Plan at 50 is quite doable, it simply takes commitment and perhaps some professional advice. Give us a call for a free and friendly convertation, start planning for tomorrow today

Saving for Your Child's Education
Next Post: Budgeting for a Medical Aid