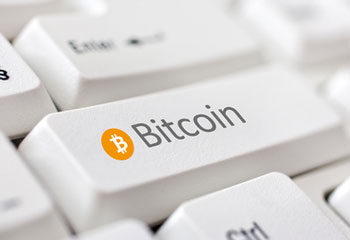 Should You Invest in Cryptocurrencies?

You may have heard that cryptocurrencies are a particularly hot commodity at the moment, with the best known of them, Bitcoin. Bitcoin rising in value to record levels recently, and smaller, lesser known alternatives like Ethereum performing better as well.

You may also have heard that had you made an investment in the Cryptocurrency Bitcoin in around 2010, back when it was becoming a mainstream investment option, you would have done really well. However you also read that was a tool mainly used by drug dealers along the virtual Silk Road, so were sceptical, who could blame you?  But while all of this sounds great, are cryptocurrencies really something worth investing in today?

What are Cryptocurrencies Anyway?

If you are not quite clear, cryptocurrencies like Bitcoin and Ether are virtual forms of ‘money’ that live online. BitCoin was the first to hit the mainstream, invented by Japanese hacker Satoshi Nakamoto who, in 2008, saw his creation as a way to create an electronic cash system that would allow for business to be conducted directly, without the need of a third party like a bank.

At the moment making use of the system of using Bitcoin relies on various programmers who record transactions and build ‘a block chain’ in exchange for a small bitcoin payment. This is a process known as Bitcoin mining and in theory, anyone can participate.

That idea is an exciting one for many. No more bank fees, no more credit cards, no more debit cards. The price of currency set via a computer algorithm rather than unstable market conditions. The idea has not come to fruition yet, but it’s getting there. You can actually use BitCoin now, with major global companies like Microsoft and Expedia now accepting it as a valid form of payment, as well as a slew of smaller online businesses and even the Subway restaurant chain – yes, the sandwich place – experimenting with the idea as well. Microsoft and Apple are gearing up to accept Bitcoin too. 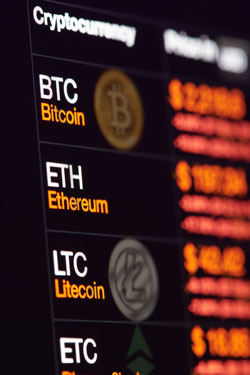 Opinion on whether the cryptocurrency boom will continue is divided in the global financial community, as you might imagine. Some experts are very bullish on Bitcoin, pointing out that the people making some of the larger investments in it at the moment are not quite who you might expect.

Over in Japan, the government recently voted to make Bitcoin an officially sanctioned currency, and in Dubai, a place where money flows very freely and wealth is exceptionally important, the government is working with a handful of blockchain providers with a goal of making monetary transactions in completely paperless by 2020. By embracing the idea of cryptocurrency, various governments are helping to rehabilitate its image and position it as a valid investment opportunity in the eyes of many.

The naysayers, however, point out that there are still a lot of problems with cryptocurrencies. It’s extremely hard to place a real value on them and it would be all too easy to lose them all should your blockchain provider suddenly disappear.

In the end, if you have ‘play money’ and would like to try your hand at investing in what may be the currency of the future there’s probably no harm, as long as you can accept that you may lose every rand you invest at some point. However, your investment can be as small as you like, so as an adventure in high tech investing, buying a little cryptocurrency might be a very exciting experiment!

Should You Invest in Cryptocurrencies?

At the very least take the time to find out about Cryptocurrencies, knowledge is power. Talk to one of our Consultants to find out more.

How to Invest in an Unstable Economy
Next Post: Momentum Multiply vs Discovery Vitality