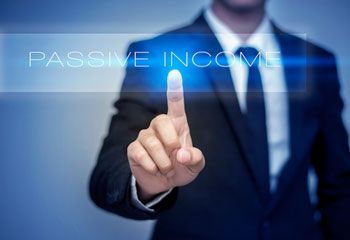 Could You Make a Passive income? Investopedia, the international version of Wikipedia for the financially minded, defines it as “earnings an individual derives from a rental property, limited partnership or other enterprise in which he or she is not actively involved.” Modern pop culture however tends to define passive income as “cash you earn while sitting doing nothing, although preferably sipping mojitos on a beach.”

The modern truth actually lies somewhere between the two. There are some newer possible passive income streams available to us today that were not around for our Mums and Dads. There are also a few old, tried and tested potential money makers that many feel are worth a shot. The one thing that there really is not though (whatever you might have seen in an infomercial) is money for nothing. To earn any type of passive income it does take money and effort to at least a certain degree.

Still interested in the idea (of course you are, who wouldn’t be?) Here’s a look at the reality behind certain types of passive-income strategies that are very popular right now.

Yes By Becoming a Landlord

Investing in real estate and then renting it out to pay both any mortgage and make some extra income on the side is one of the oldest passive income streams known to man. However, these days especially, it takes more work than many people bargain for.

Let’s say you do find a good property at a good price. Even before you buy you need to work out how you are going to achieve a reasonable ROI. Let’s say you are hoping to make about R 140 000 annually. You find a property that will call for an R29 000 a month mortgage payment. Then there’s R4 000 in taxes. That’ll mean charging about R 45 100 a month in rent to get to your goal. Would the market bear that?

Even if the answer is yes, the rent is reasonable you have to find the tenants. Might you get a deadbeat tenant even though things started well in the beginning ? Will your tenant turn out to be a wild partier or a secret animal hoarder who causes expensive damage the property? It can be hard to tell.

You can still make money as a landlord though but your chances are best if you buy a property in an area you know well and that you find tenants with a very reliable reputation.

Pretty much since the Internet became a ‘thing’ people have been trying to make money off it. eBay, blogging, affiliate marketing, drop-shipping, you name it people have tried it. And while many people really never get much past making a few hundred rand a month off their efforts there are indeed people who do make a reasonable extra income on a regular basis that many might label passive income.

But, once again it takes effort and at least a certain amount of cash and quite a bit of effort. Even selling your stuff on eBay takes some serious effort in terms of logistics, shipping, tracking and customer service. It can be done, but don’t expect it to be easy. The same is true of blogging, eBooks, membership sites or anything else you may have heard of. 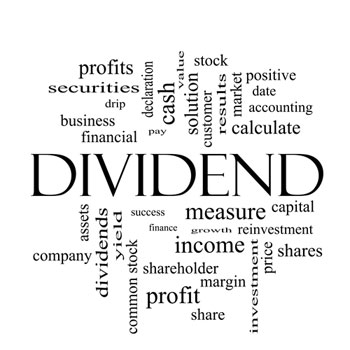 Those who hold dividend yielding stocks aren’t always the people who play the stock market actively. Instead they pick some solid shares in a bankable, reliable company and then profit from regular payments from the company’s profits. And as the only real effort involved is finding the stocks and the monetary investment is a one time only thing then it is fair to say that holding onto and profiting from dividend-yielding stocks can be one of the most passive forms of making money there is.

The tricky part is of course finding those stocks. Especially here in South Africa. Often the kind of stable investment that makes for a truly ‘put it on cruise control because it’s super safe’ shareholding is hard to find domestically. Fortunately however off shore investing in foreign markets has, over the last few years, become far easier and far more affordable for the man or woman in the street with a little extra to invest to get into.

Buying stock in a safe investment like Coca Cola or Apple abroad may not bring the high flying returns playing riskier stocks will but it should  bring in that steady income flow you are looking for. And if you need help with the research it’s now out there, no longer the domain of the super rich and the high fliers.

Want to know more about the possibilities of making a passive Income speak to one of Professional advisers and start planning your future.